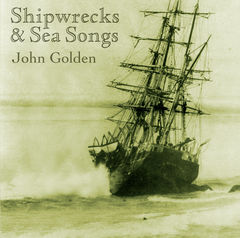 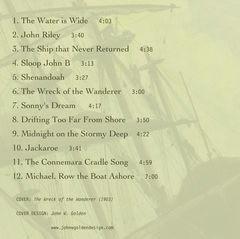 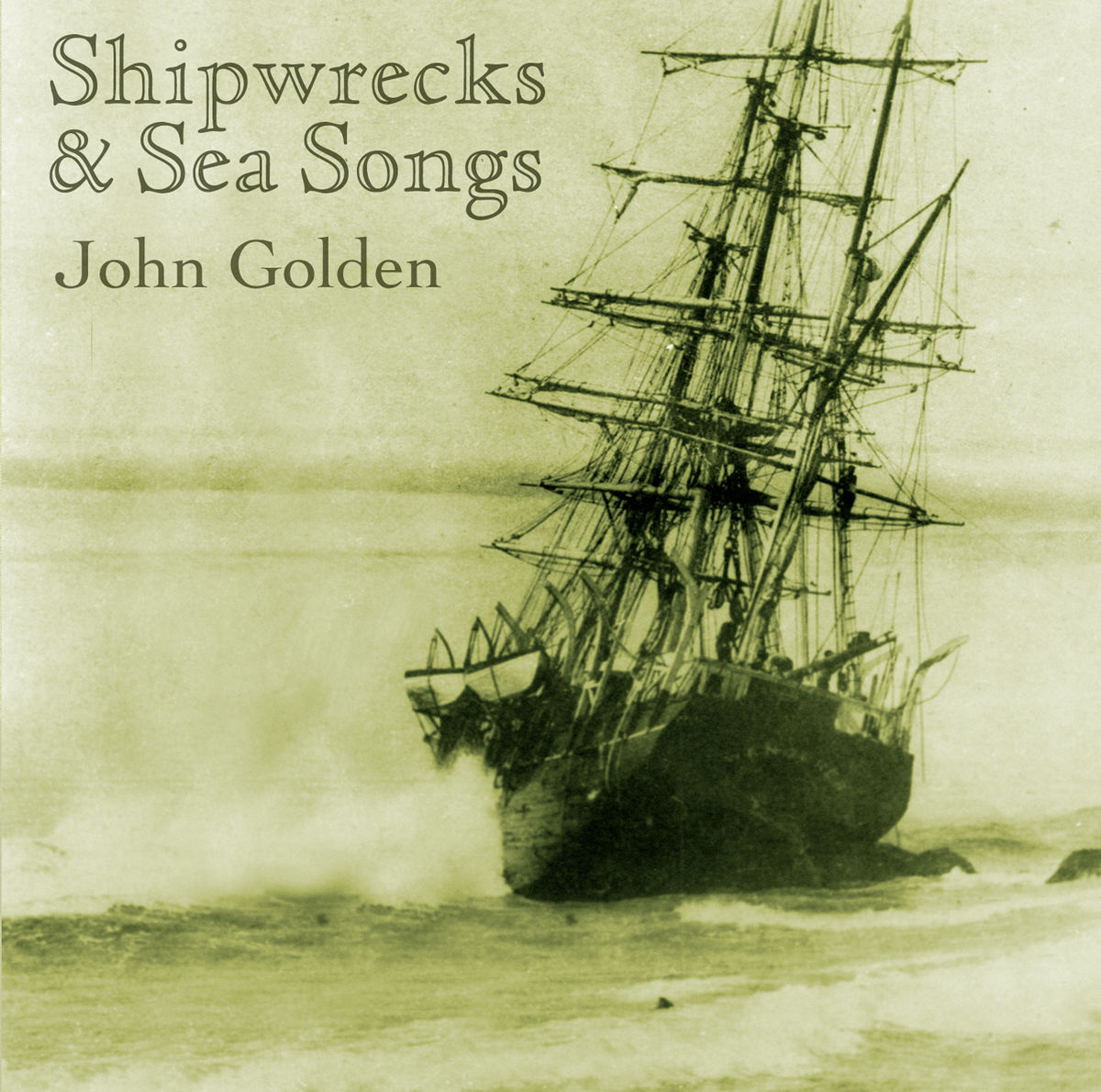 1. The Water is Wide (Traditional)—is a song of hope that slowly surrenders optimism, possibly because the two lovers have been separated for so long by the sea.

2. John Riley (Traditional)—also known as “Fair Maid in the Garden”, this sea story has a happy ending. I imagine my mother with two little boys (my brother and I) waiting for my father to return from sea duty in World War II and I appreciate all that my parents endured during that trying time.

3. The Ship That Never Returned (Henry Clay Work)—families have stood on the docks through the centuries and waved goodbye to loved ones who bravely faced the dangers of sailing to far-off lands. This tune has been borrowed for several modern folk songs, some as tragic as the original.

4. Sloop John B. (Traditional)—one of the best story songs from the Caribbean Islands. Everyone has a “worst trip since I’ve been born” story to relate.

5. Oh, Shenandoah (Traditional)—this great classic song of the sea carries with its many versions a great mystery, i.e. is it about a river, a maiden or a chieftain (or all three)? Place yourself on the foc’sle of a sailing ship under a full moon and warm southerly breeze...and sing along.

6. The Wreck of the Wanderer (John Golden)—the treacherous storms and shoals of the “Graveyard of the Atlantic” have claimed many lives and destroyed many ships over four centuries of exploration and shipping along the North Carolina coast. This is a fictitious account of one ship’s fate on the dreaded Diamond Shoals off Hatteras Island.

7. Sonny’s Dream (Ron Hyne)—some men go down to the sea in ships...others stay at home.

8. Drifting Too Far From Shore (Traditional)—vividly describes the perils of the Diamond Shoals as a metaphor for the perils of life.

9. Midnight on the Stormy Deep (Traditional)—is said to be the loneliest watch at sea...and sometimes the most spectacular when St.Elmo’s Fire and/or the Northern Lights display nature’s awesome beauty.

10. Jackaroe (Traditional)—instead of waiting for her sailor to return from a very dangerous voyage, this plucky young woman dons sailor’s clothes and follows him aboard ship.

11. The Connemara Cradle Song (Traditional)—is one of the Celtic forebears of more familiar folk songs. It is an Irish lullaby rich in the lore of the sea.
The “island” and the “lighthouse” in the second verse could easily be thought of as Hatteras Island and its light.

12. Michael Row the Boat Ashore (Traditional)—is an example of many songs that are based on stories. This story isn’t as obvious because of the cryptic verse. The song was kept alive for two centuries by seamen who travelled the trade routes between the colonies, the islands and Europe.

I am grateful to the following for their contributions to this music: 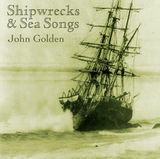 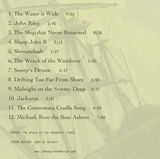 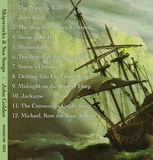 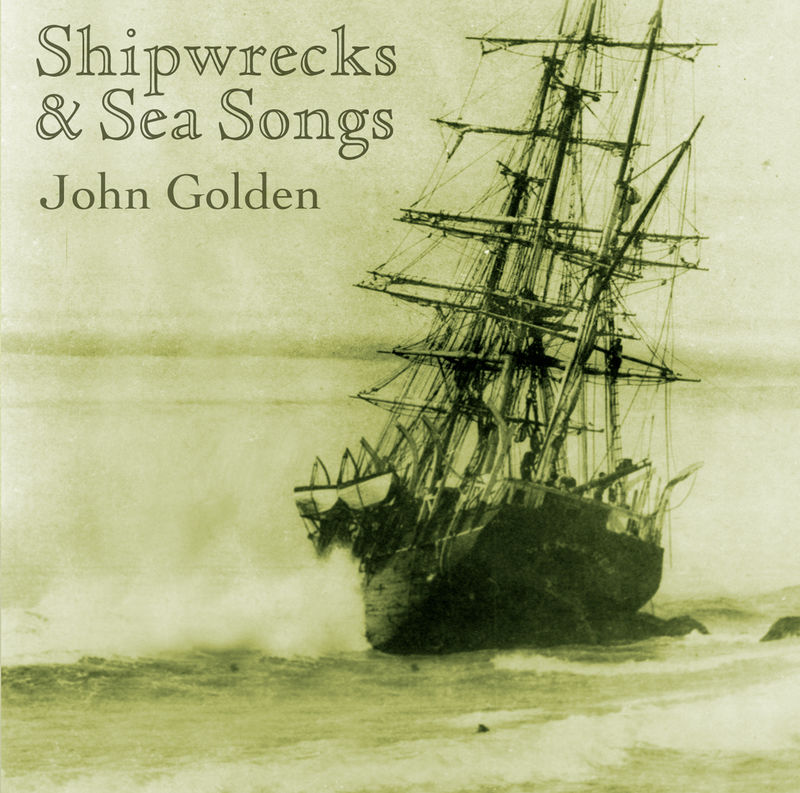 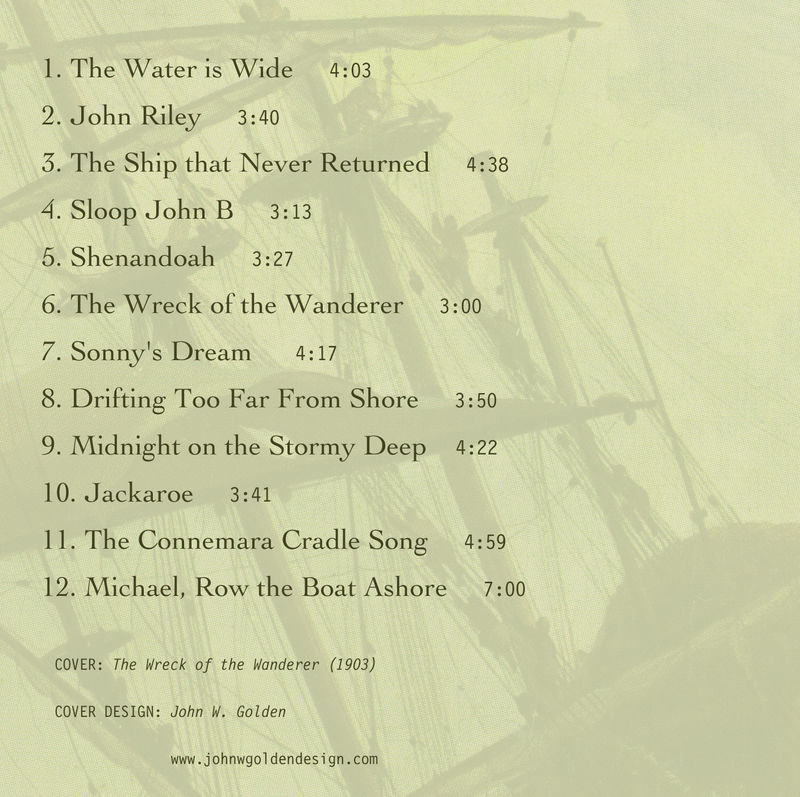 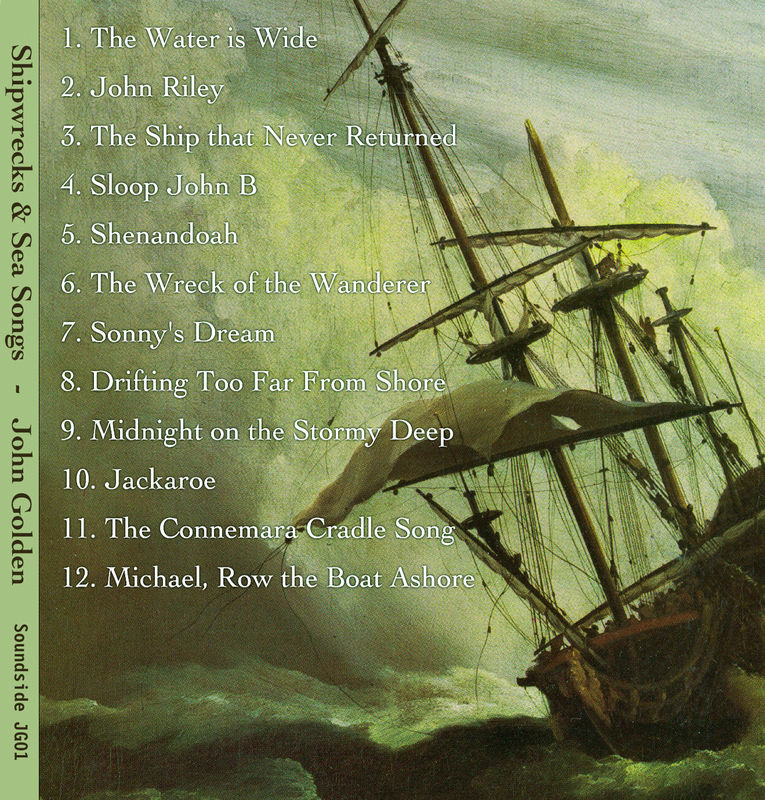